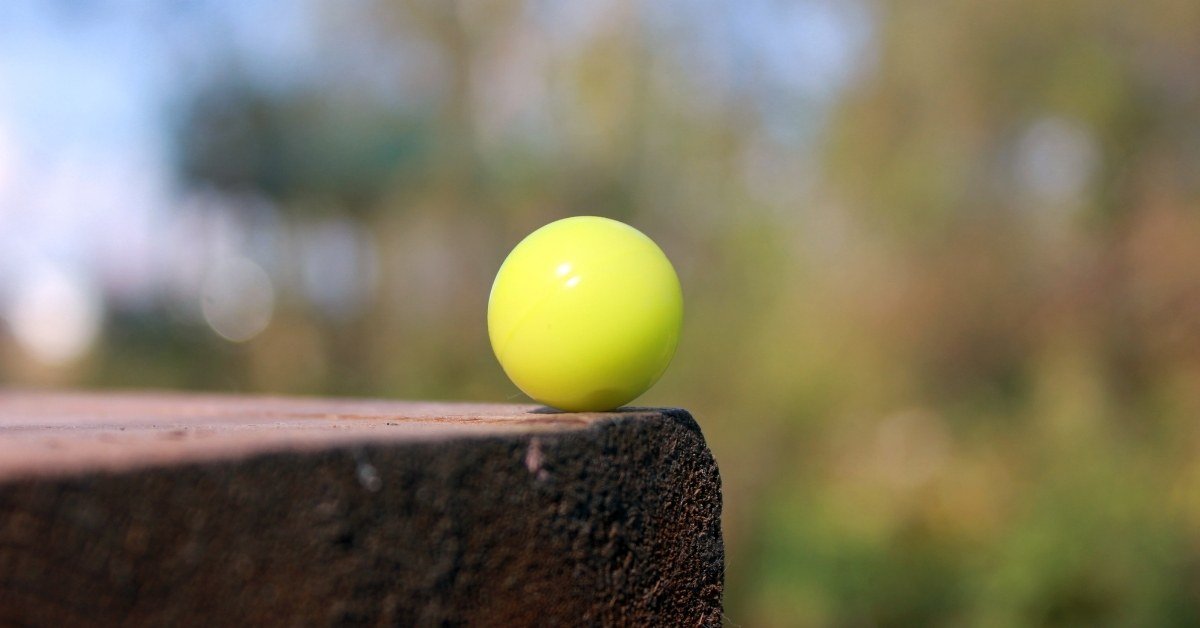 It is practically impossible to avoid getting some paint splatter through your mask during an intense game of paintball.

So, many people wonder if it is dangerous to accidentally consume a bit of the paint or if the paint can cause any adverse effects by touching your eyes, nose, etc.

This article will discuss if the paint in paintballs is toxic to humans (or dogs and other pets) and if the paint itself is edible, as chances are you will get some in or around your mouth at some point during the game.

Without further ado, let’s get started.

In short, no. Paintballs are not toxic. Their coating is a capsule made of gelatin which is not harmful to humans.

The paintballs contain polyethylene glycol primarily, along with other non-toxic and water-soluble substances. And, of course, they also have dye in them.

These are what today’s paintballs are made of; however, this was not always the case.

Before the paintballs used in today’s popular shooting sport, the materials used to make the first paintballs were much more dangerous and toxic to humans.

These early paintballs had a spherical shell made of glass (yes, you read that correctly) and filled with oil-based paint, which is very harmful to humans.

Luckily, these were never used in the sporting world. They were used primarily to mark cattle and trees (which is how paintball was first invented).

While paintballs are not considered toxic on paper, they can still have harmful consequences if either the shell or “paint” is consumed, as we will see in the next section.

Paintballs are made with ingredients commonly found in food products, so technically speaking, yes, they are considered edible. However, this does not mean it is a good idea to snack on them, even as a joke.

Quick disclaimer, they also do not taste good! And they can leave your mouth feeling really dry.

Again, since they are made with food-grade ingredients, accidentally consuming one will not cause you any crazy side effects.

Water, gelatin, and food coloring are among the most common ingredients found in paintballs which cause minor adverse reactions in humans.

So diarrhea would be the most common side effect you might experience. It is also found in other everyday, consumable items such as toothpaste and cough syrup.

All that being said, if a child was to consume a large number of paintballs for some reason, seeking medical attention is crucial. You should never take a chance, especially with young children.

Despite not being particularly toxic, this article is by no way condoning or encouraging the consumption of paintballs.

Are Paintballs Toxic To Dogs And Other Pets?

In contrast to humans, paintballs can be extremely dangerous for dogs and other pets.

Firstly, the ingredients in paintballs can draw fluid away from the body and into the intestinal tract. This factor can lead to dehydration, vomiting, diarrhea, increased thirst, and increased urination.

The most concerning of all effects is the severe elevation in the blood sodium level. If the sodium level in your pet’s blood gets too high, it can lead to blood vessels’ tearing and bleeding in and around the brain.

Believe it or not, it can actually cause brain cells to shrink in extreme cases.

Of all the dangers surrounding high sodium levels in the blood, shrinking brain cells can be challenging to identify, as symptoms can present themselves in a multitude of ways such as:

5 to 10 paintballs are enough to cause a severe reaction in a 60-pound dog. The exact number of paintballs leading to toxicity in pets is unknown, so it is essential to always err on the side of caution.

What To Do If Your Dog (Or Other Pet) Ate Paintballs

If an accident did happen, you should see some clinical signs of toxicity within the first hour after consumption.

If this is the case, the induction of vomiting or warm water enemas is recommended to help the paintball ingredients through the intestinal tract more quickly.

And if you think that your pet ingested the paintballs within the last 18 hours, it is possible to balance out the blood-sodium levels quickly with intravenous fluids.

Having said that, if consumption of the paintballs occurred over 18 hours ago, the correction of the sodium levels needs to be done slowly. This is to prevent edema and swelling of the brain.

Measuring your dog’s sodium levels every 2 to 4 hours is crucial to ensure proper treatment. You can give your dog other drugs such as anticonvulsants and anti-nausea medications to control seizure symptoms and vomiting if needed.

Even if your pet consumes one paintball, it is highly recommended that you seek professional medical help from your veterinarian.

This will ensure your animal gets the best and proper treatment to avoid the adverse effects as a result of consuming harmful substances.

While paintballs are made with food-grade ingredients and are not toxic to humans, they can still cause a bit of trouble.

The ingredients used do technically make them edible, but it is still not recommended to do so. In small amounts, they can cause dry mouth and diarrhea.

However, when it comes to dogs and other pets, paintballs can be very dangerous and, in some cases, fatal.

The ingredients can remove water from their bodies and cause dehydration and diarrhea like in humans. But even worse, it can cause everything from depression to blindness, seizures, coma, and even death.

Paintballs were not made with the intention of consumption, no matter how edible the ingredients are. It is in your best interest (and that of your pet) to avoid consuming them at all costs.