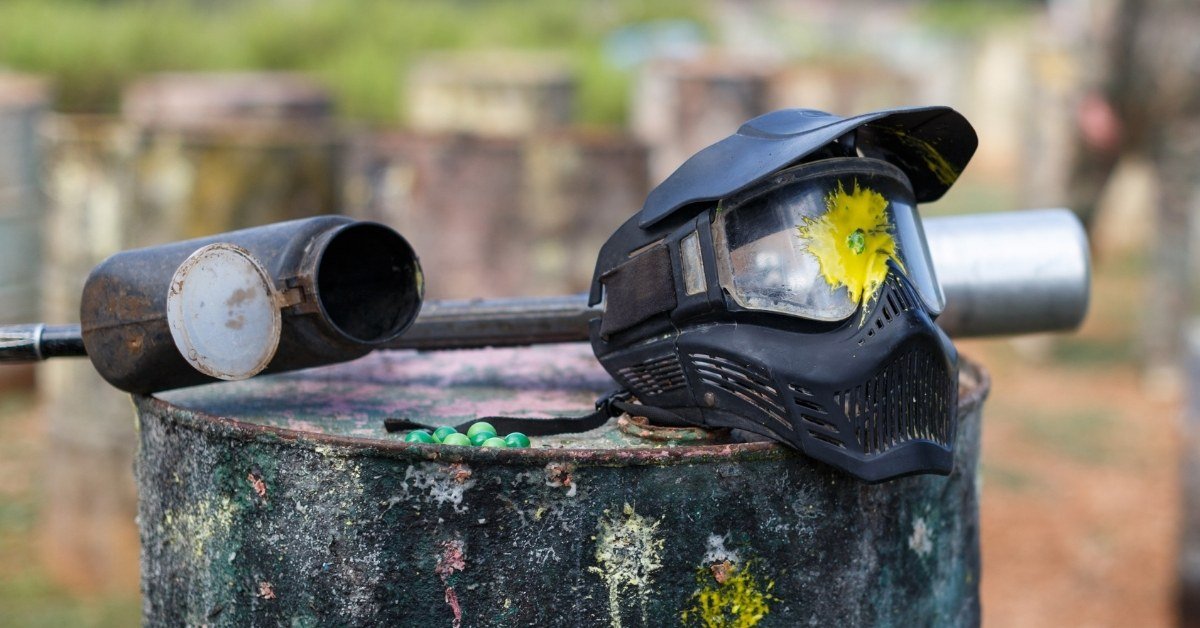 First, let’s get the entrance cost out of the way. Paintball entrance fees range anywhere from $8 to $70, depending on the arena’s complexity and size. That’s a big range, but you can expect to pay about $20-25.

How Much Does Paintball Cost For The Casual Player

For more casual players, you’ll probably rent equipment instead of buying it. Rental guns cost between $20 and $50, but you can also find money-saving rental packages that include a gun, 200 rounds, and protective gear for about $35 to $50.

Next, you should consider ammo. As mentioned, some rental packages include rounds. But you might want more than offered if you plan on playing for more than an hour.

Paintballers usually use 200 rounds for each hour of play, so more ammo can be useful. (Check out our guide to how many paintballs you will need.)

On the low-end, ammo costs about $30 for 2,000 rounds. But that price can shoot up to over $50 for high-end rounds. Ultimately, the cost of ammo will be cheaper if you buy in bulk, which is a good idea even if you’re a casual player.

How Much Does Paintball Cost For The Professional Player

So what about all-in players? How much does paintball cost if you’re headed to the field every weekend, with your own gear? Let’s break it down.

While you will spend more money up-front if you purchase a gun instead of renting one, you’ll probably save money over time if you’re a frequent player.

Spending a few hundred dollars just one time will ultimately be less expensive than spending $50 each weekend for a year. So how much do paintball guns cost?

Generally, guns cost between $200 and $400. The variation in price comes from build material and added features. Some very low-end guns are made from plastic, while most are made from aluminum.

You should look for a durable build that will get the most out of your money, so expect to pay about $300

Gun size will also impact your cost. Smaller paintball guns designed for kids will be cheaper, with most costing about $50.

You can also look for handguns instead of the traditional rifle design. These will be cheaper, too, with plenty of options costing about $100.

Cost-raising features include adjustable stocks, built-in sights or scopes, and customized color schemes. For a decked-out gun, you can easily spend close to $1,000.

Don’t get carried away, though. Sometimes, more expensive guns are really just making you pay for the design. While a cool-looking gun is fun, it may not be worth spending an extra $200 if the gun’s specs are basic.

Pro tip: Some paintball guns come in combo packs that include a mask, gloves, ammo, and other gear. These can be money-saving options, but watch out for low-quality guns.

Combo packs that include multiple additional items but cost the same as or less than a low-end gun should probably be avoided. Remember, you get what you pay for.

Spending the equivalent of $30 on a paintball gun means a low-quality system that won’t last. Sometimes it’s worth spending more by purchasing each part separately so you can ensure you’re getting a durable paintball setup.

Some paintball arenas have membership plans that let you play as much as you want. These are usually yearly plans that cost between $50 and $150 per person.

If you plan on playing more than two or three times per year, a membership will actually save you a whole lot of money. Plus, some arenas offer added membership benefits.

Deals like an additional 10% off ammo prices and monthly raffles are common. Some arenas offer even lower membership prices if you purchase yearly passes for a group.

Another benefit of memberships is the chance to get familiar with your arena.

Understanding your terrain due to playing the same field each time can give you a huge advantage over players who are new to the grounds. Overall, memberships are a smart move for active players.

Pro tip: Ask your arena about friend passes. Some membership plans include free gameplay for up to four other people, and others even offer one party pass each year, allowing up to 20 additional people to play as a group.

Keep an eye on additional costs, though, these deals still require your friends to pay for gun rentals and ammo.

Staying safe when you play is important. Most arenas will require a protective mask or helmet, while others may also require protective gloves and special shoes. Protective paintball gear is a good idea for any player, so here’s how much it costs.

Paintball vests help you avoid the pain of direct shots. It’s no fun to end a game with bruises all over! Generally, a high-quality vest will cost between $45 and $80, with most at the $60 mark.

Protective gloves can help you avoid injury during intense games. These have a big price range, landing anywhere from $10 to $70, but you can expect to pay about $25 for a solid pair.

Pro Tip: Make sure your gloves don’t limit your range of motion. If they’re too stiff, gloves might stop you from shoot effectively.

Paintball masks range from $20 to $150 and up. At the higher end, these masks often include built-in helmets. Generally, full-coverage mask/helmet combos are important for rough play. These will cost about $65.

While you can find shoes marketed as being designed for paintball, basically any pair of solid combat-style boots will work. Shoes have a big price range, but you can usually expect to spend about $80 for an adult-size pair.

Pro tip: You can usually find cheaper paintball gear if you don’t buy directly from the arena. A lot of arenas upcharge, so finding your gear at sporting goods stores or online can be a great way to save money.

Plus, arenas might have a smaller selection than major retailers that focus on sports gear. Paintball gear should fit you and meet your specific needs, so having a lot of options is helpful.

Next up is paintball ammo. How much does it cost? As mentioned, buying in bulk is a smart move for active players. Ammo costs about $30 for a couple of thousand rounds, but that’s on the low-end.

If you’re a more advanced player, you may want to invest in higher quality ammo, which can easily reach $80 per 2,000 rounds. For most people, though, a solid mid-range option will be just fine. These options will cost about $50.

Be careful: If your ammo is too cheap, the shell won’t be thick enough to withstand the pressure of your gun firing.

This means your ammo might explode inside your gun’s barrel, a frustrating problem that could stop your game and make you spend time cleaning instead of playing.

Pro tip: Paintball color is about more than aesthetic. You want a shade that will stand out no matter your opponent’s setup. If you choose a darker color, it may blend into your enemy’s clothing.

This could be a particularly frustrating problem if anyone is wearing camouflage. Camo clothes plus dark paint means players might not even realize they’ve been shot (especially if they’re wearing a protective vest).

Try looking for brighter colors like yellow or neon green so everyone knows when they’ve been hit.

Specialized extras are a huge part of the fun when it comes to paintball. Everything from sights to team uniforms can make a simple game even better. So how much do extras cost?

Paintball gun sights are a fun way to amp up your play. A simple version will cost between $25 and $40, with most sitting at about $35. If you want something more advanced, look for laser sights.

These will cost more, though, often reaching $100. (Tip: Make sure your sight will fit your gun! Not all sights are made equal, so ensure your pick will smoothly attach to your rifle).

Unlike sights, paintball gun scopes magnify your view. This is great if you’re playing in a big arena and need to snipe your opponents from far away. These cost between $20 and $250, with a solid mid-range option costing about $50.

If you play with a team of paintballers, you may want a uniform. While a uniform could really be made up of anything, a specially designed uniform is a fun way to get in fight mode.

Coverall setups cost anywhere from $30 to $100, with most being priced at $50. These offer thicker fabric than traditional clothing to help you avoid paint-to-skin contact, while other options provide traditional thickness to avoid overheating.

Other features include additional pockets and camo designs, both of which will raise your cost. You can expect to pay between $70 and $100 for a more advanced uniform design.

You can have a great time playing if you use a traditional CO2 tank, but if you want a more premium experience, go for nitrogen. Unlike CO2, nitrogen tanks offer more stability throughout changing temperatures.

So that’s it! Now you know how much paintball costs. Don’t get overwhelmed by all the options though!

Even though you have a lot of choices, you can’t go wrong by trying a simple setup as you get started with paintball. There’s always room to upgrade! So get going! Start your exciting paintball adventure today!