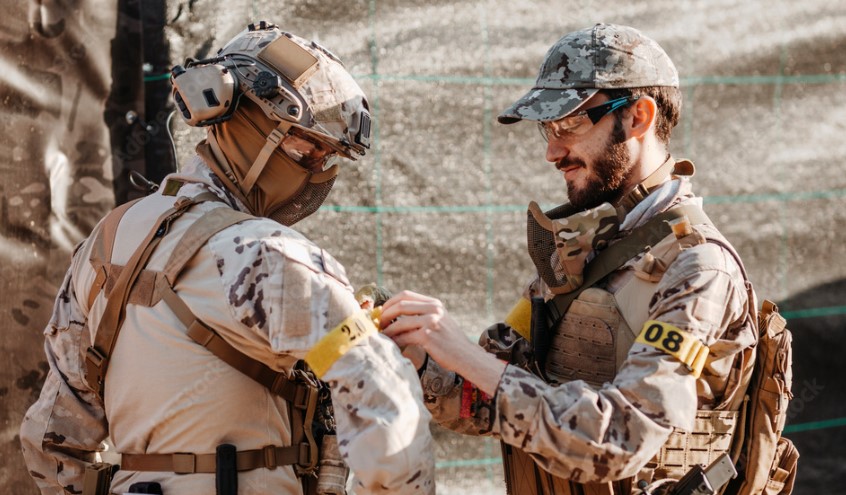 Paintball is an intense and adrenaline-filled game enjoyed by millions around the world. While it is an incredibly fun and exciting sport, it also has the potential to cause injuries. Paintball is one of the most physically demanding sports out there, and players are at risk if they don’t take the necessary precautions.

But what is the most common injury in paintball? This is a question that many players may have, and it’s important to know the answer to stay safe.

Whether you are a professional player or a newcomer, this guide will help you understand the potential risk and impacts involved.

Do Paintballs Hurt When They Hit You?

Paintballs are small spherical capsules filled with non-toxic, water-soluble paint that is used in the sport of paintball. The paintballs are propelled out of a marker at high speeds toward opponents in a game of strategy and skill.

When a paintball is shot from a marker, it travels at speeds of up to 300 feet per second. At this speed, the impact of a paintball can feel like a mild to moderate sting, similar to being snapped with a rubber band or lightly punched. Some players may experience more discomfort depending on the sensitivity of their skin and the location of the impact.

For example, being hit on the chest or stomach area may cause less discomfort compared to being hit on the face or other sensitive areas such as the neck or inner thigh. Protective gear such as masks, chest protectors, and gloves can help to reduce the impact and discomfort of paintballs.

In addition to the physical sensation of being hit, there may also be a psychological component to the pain. The anticipation of being hit and the fear of getting hurt can increase the perception of pain. This is why players need to stay focused and remain in control during a game of paintball.

Paintball is a sport that requires you to be on your feet, moving around making quick decisions. You need to be alert, especially when there’s so much at stake.

But sometimes, the most common type of injury in paintball isn’t even related to the game itself—it’s an eye injury!

Eye injuries are the most common type of injury because they’re easy to get, and can be very serious. If you are hit by or if a paintball breaks apart inside your goggles, it can cause eye injuries.

A laceration can damage the cornea and even cause bleeding within the eyeball itself. If this happens, you need to have your eyes immediately flushed out with water so that paintballs are washed away before they get stuck inside your eye!

As a player – newbie or experienced – it’s important to know paintball pellets can travel at speeds of up to 300 feet per second. So always make sure to use safety equipment, including a mask and goggles.

Getting hit by paintball pellets, around or in the ear, will certainly be a painful experience. Ear injuries are the second most common type of injury in paintball, and they can range from mild to severe.

One of the most common ear injuries is a perforated eardrum. This happens when the pressure from a paintball hit causes the eardrum to rupture. A perforated eardrum can lead to hearing loss and dizziness, and it can take several weeks to heal.

Another common ear injury is a contusion, which is when the paintball hits the ear and causes a bruise. While this type of injury is usually not as serious as a perforated eardrum, it can still be very painful and may require medical attention.

To prevent ear injuries, it’s important to always wear ear protection when playing paintball such as earplugs or earmuffs.

Additionally, make sure to follow the safety rules and avoid getting too close to other players when shooting. This will reduce your risk of getting hit in the ear by a paintball.

Head injuries are another common type of injury in paintball. These injuries can range from mild to severe, depending on the force of the impact and the location of the hit.

The most common type is a concussion, which is a mild traumatic brain injury that occurs when the head is struck. A concussion can cause a variety of symptoms, including dizziness, headache, nausea, and difficulty with concentration and memory.

In more severe cases, a paintball hit to the head can result in head wounds, skull fractures, brain bleeding, and even loss of consciousness. These injuries can be life-threatening and require immediate medical attention.

To prevent head injuries in paintball, players should always wear a protective helmet that is specifically designed for paintball. This will provide a barrier between your head and any incoming paintballs, reducing its impact.

While paintball is primarily a game of skill and strategy, there is still a lot of physical activity involved. This means that players are at risk of getting injured in their chest area, whether from getting hit by a paintball or from colliding with another player. Perhaps the most common chest injury in paintball is bruised ribs.

Ribs are thin bones that attach to the sternum (breastbone) and help maintain our body’s shape. Bruised ribs can be very painful, but they usually heal within a couple of weeks without any medical treatment needed.

Another common injury is chest wall contusion, which occurs when you are hit directly on or near your chest wall. This is the area between your breastbone and upper abdomen. This can be painful, but it doesn’t usually require medical treatment unless there are complications such as wounds, broken bones, or internal bleeding.

Understandably, cuts and paintball bruises are also common injuries especially if you are playing in an area with lots of vegetation.

These injuries occur when a paintball hits a player’s skin, causing the skin to break and bruising to occur—usually on the arms, legs, hands, and face. And though cuts and paintball bruises can be painful, they are generally not serious injuries. However, if a paintball hits a sensitive area, such as the neck or face, the injury could be severe. For example, a hit to the neck could cause a bruise that could lead to a swollen airway, making it difficult to breathe.

To prevent cuts, bruises, and wounds, players should always wear protective clothing, such as long-sleeved shirts and pants. In addition, it’s important to use paintball markers that are properly maintained and aren’t leaking or firing too quickly.

This is another common injury that occurs when a paintball hits the skin and leaves a painful, raised bump. Paintball welts can be painful and can last for a few days, but they typically heal on their own.

These injuries often occur on exposed areas of the body, such as the arms, legs, and face. To avoid getting paintball welts, it’s important to wear protective clothing, such as long-sleeved shirts and pants.

Paintball bruises and welts occur when there is an impact and blow to the skin. Both terms are common and used interchangeably in the world of paintball, but there are some key differences between them.

The bruise is a brown or purple colored mark that comes from blood leaking from a damaged capillary. A bruise typically stays under the skin.

A welt, on the other hand, is a raised area and mark that forms on the surface of the skin after impact.

Between the two, welts are more severe and the pain as a result can be pretty bad. Interestingly, paintball welts typically heal faster compared to paintball bruises.

Paintball, though considered to be a safe and innocent game, can still cause some pretty serious injuries. If a paintball hits you in the eye, it can result in swelling, bleeding, inflammation, and possibly scarring or blindness.

In addition, if the paintball hits you in the head, it can cause a skull fracture or brain injury. Several deaths have been reported—usually when people are playing without helmets or protective gear such as gloves.

Paintball welts are also a common injury, as the impact of a paintball can cause bruising and swelling on the skin. These paintball welts can be quite painful and can last for several days.

Overall, the worst paintball injury is one that involves damage to the eyes or head, as these can have long-term consequences and can even be fatal. It is important for players to always wear protective gear and to follow safety guidelines to prevent such injuries.

After reading this guide, you might be wondering if paintball is safe and if it’s worth the risk. Like any other sport, while paintball carries some injury risk, it can be a fun and safe experience if you follow the safety rules and guidelines. Invest in good safety gear, such as a helmet, masks, and protective clothing, to ensure that you are well protected from any potential hazards.

Above all else, make sure to follow the safety rules of the paintball field. This will help to reduce your risk of injury and ensure that everyone safe experience on the field.

Now that we have covered the common paintball injuries, let’s take a look at how you can prevent them in this next article. 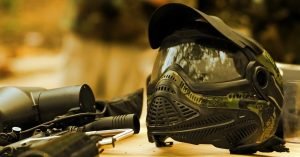 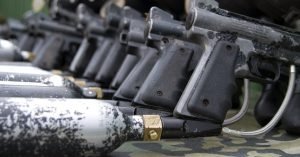 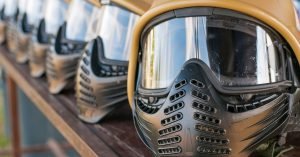 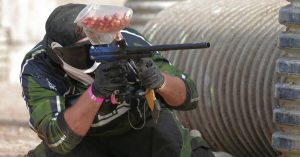